This site shall demonstrate the big difference between actual maps and those which simply include a circle called r100.

r100 is a circle around an urban pole called "r0", in this case the Marienplatz. 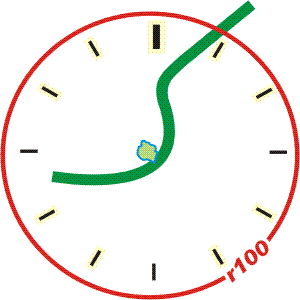 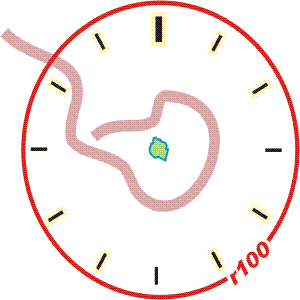 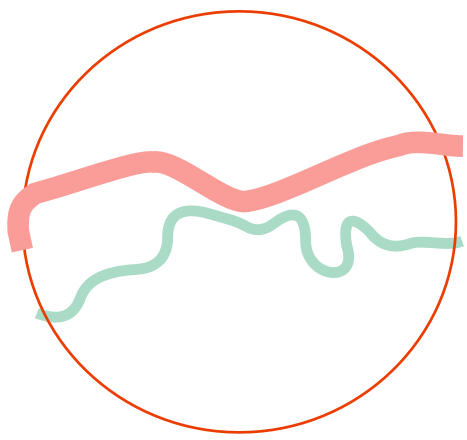 This innovation allows to form urban location codes as an alternative to "here", post codes, lat/lon or alternatives .
Such codes base on the following Munich Orientation Convention for imaginary clocks:

etc. The 12 main directions are also called "horizon hours" and this method divides the city like a cake into 12 "hour" sectors.

It is suggested to make the following exercises by imagination:

1) Where are the following locations?:

2) read the code by imagination

What's the location code of the above mentioned point "here" ?

It is proposed that this circle should become a standard for fast orientation purposes.